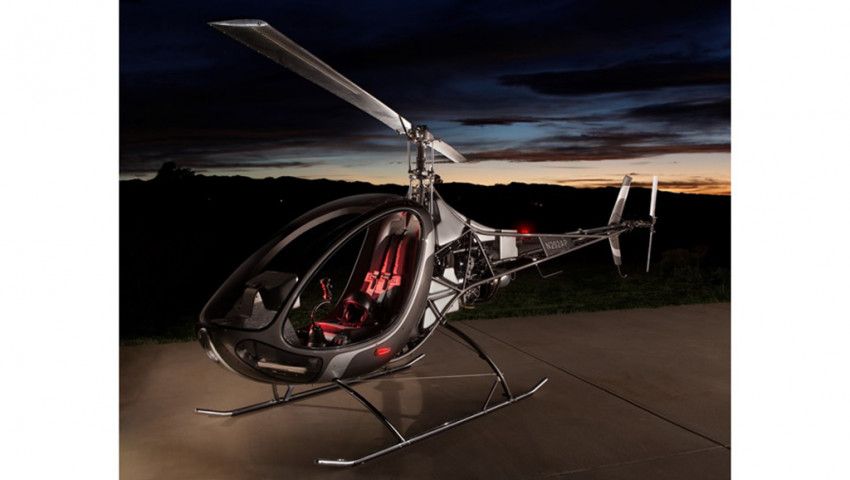 In preparation for upcoming flight tests, Scion needed to create external carbon fuel tanks for the Vixen helicopter line, and maintaining accuracy was key. The BLACK CORINTHO® 800 was utilized in a direct-tool application, and once the boards were bonded, CNC machined, and sealed, Hexcel M35-4 epoxy prepreg was layed up onto the tool, and cured in an autoclave for 16 hours at 50 PSI/180°F.

DUNA-USA will be showcasing the tool and respective parts at the upcoming CAMX exhibition, October 16-18 in Dallas, TX at booth # Q48.

“For years, making low-cost, highly accurate prototypes with the available tooling options was next to impossible. Metal tooling is heavy, expensive, and overkill 9 times out of 10 for this type of application. The natural solution is tooling board, but traditionally, the co-efficient of thermal expansion has proven to be prohibitive to maintaining the necessary tolerance for a highly-accurate prototype,” says Jim Sampson, owner of Scion Aviation.

“For Scion, the BLACK CORINTHO® fits the sweet spot in this regard in that it is highly stable, has an ultra-low coefficient of thermal expansion, and significantly sped up our process allowing relevant savings in time and money. It has truly changed our working method and enabled us to be more competitive in our quoting process.”

The Vixen helicopter line consists of unmanned/optionally manned variations, and is currently undergoing flight testing by Scion Aviation in collaboration with Safran for ultimate use as offshore patrol vessels (OPV) and other applications for the US Navy, US Army and civilian use-cases. The program has been in development since 2011, and full-scale production is slated for 2019 and will be conducted by Scion Aviation’s Fort Collins, CO and Cheyenne, WY locations.

The BLACK CORINTHO® 800 is a high-temperature tooling board, designed for use up to 400F, offering low CTE, high dimensional stability, and high thermal conductivity. It is designed to produce prototype, or low-volume tooling, and is part of a high-temperature tooling system developed by the DUNA Group consisting of the BLACK CORINTHO® series tooling boards, DUNAPOX™ BLACK AD 135 high-temp epoxy adhesive and the DUNAPOX™ BLACK SEA 125 high-temp epoxy sealer.

Scion Aviation was founded in 1994 by Jim Sampson after his graduation from Embry-Riddle Aeronautical University, and specializes in manned/unmanned aviation development and prototype tooling using the latest in machinery and state-of-the-art technology. They have locations in Fort Collins, CO and Cheyenne, WY, and are AS9100 certified and fully ITAR compliant.

Additional information may be seen at: https://www.scionaviation.com/.

The DUNA Group, comprised of DUNA-USA, DUNA-CORRADINI, and DUNA-EMIRATES, has been manufacturing foams, chemicals, and adhesives for the insulation, modeling, signage, tooling, aerospace and composites industries since 1957. They have locations in the USA, Italy, and United Arab Emirates.

Additional information can be seen at: http://www.dunagroup.com.usa.