Home > News > Art for a Living: Dimensional Signmaking in the Canadian Wilderness

Art for a Living: Dimensional Signmaking in the Canadian Wilderness 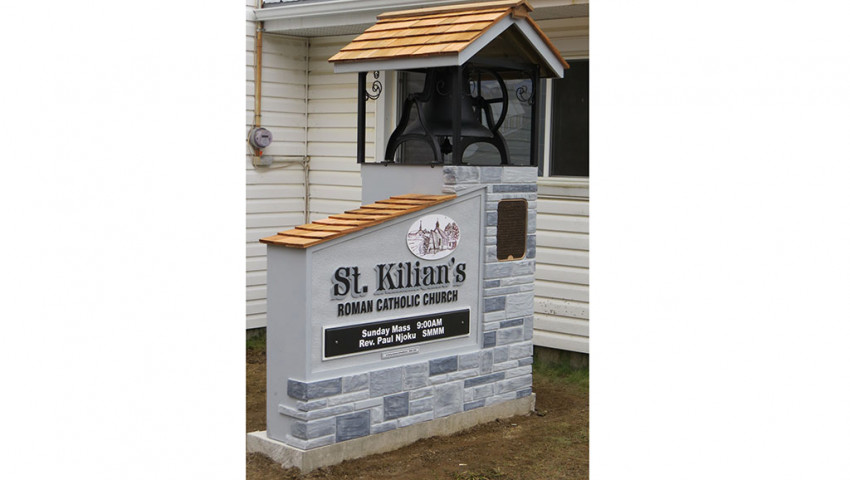 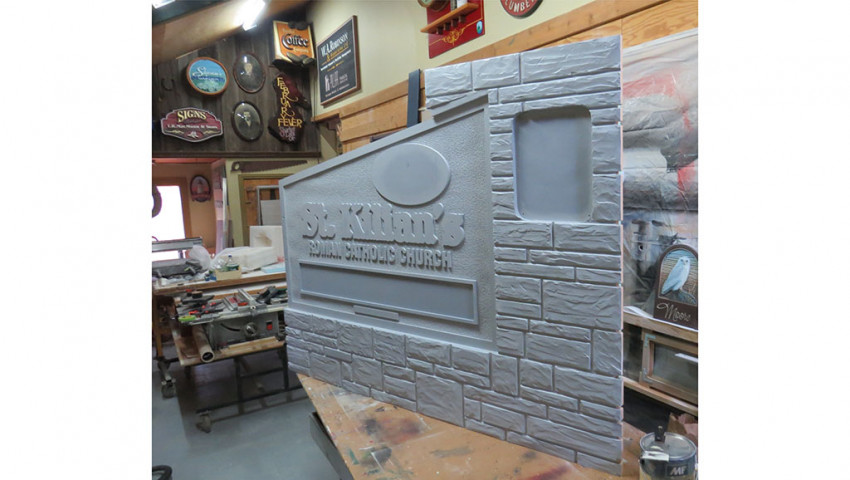 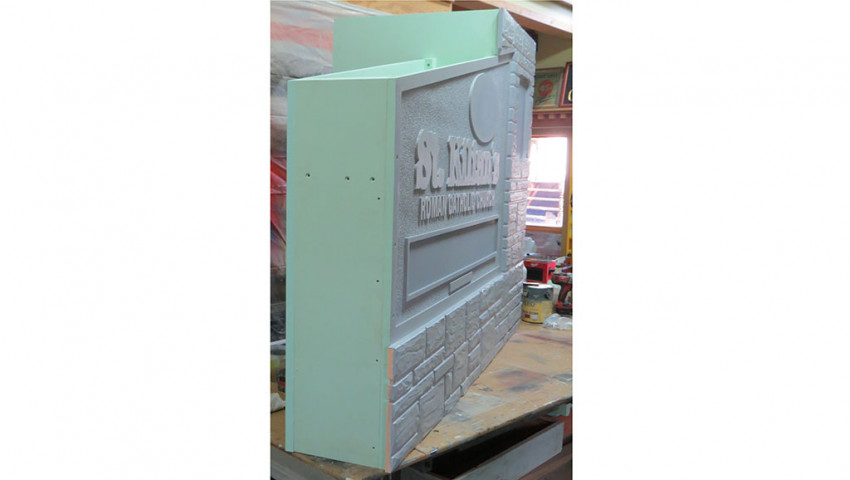 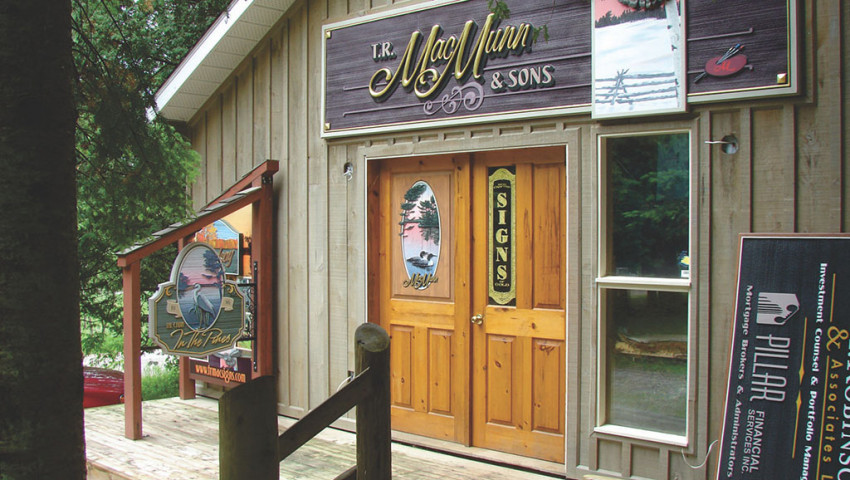 Tucked away in Canada's "Land O' Lakes" 3 hours northeast of Toronto sits a little church just outside the small community of Ardoch, Ontario. Surrounded by lakes, the congregation triples with summer residents & a new larger church was built just across the road, to accommodate. The original ( ca 1892) had fallen into disrepair, & was closed, & then a donation was made to fund a new landmark sign, which would incorporate some elements of the original church

T.R. MacMunn & Sons in Mountain Grove, Ontario was contacted to manufacture a well-designed, meaningful sign. With 23 years of experience specializing in sandblasted and routed dimensional signs, producing meaningful dimensional art is a way of life for proprietor Rodger MacMunn.
Rodger crafted the sign entirely out of CORAFOAM® HDU, aside from the metal bell and roof shingles. He used 20lb CORAFOAM® for the stone work to “achieve finer detail and make it less susceptible to damage.” After routing the stone shapes, he used and angle grinder with a zirconia flap disc to shape and texture the stones. This look-a-like stone HDU piece was then laminated, using DUNABOND®, to the 15lb CORAFOAM® base of the monument sign. To ensure there aren’t any issues with the thermal expansion rates, the internal bracings also made from 15lb CORAFOAM®.

The sign has proven to be a big hit in the Ardoch-Plevna community and they are thankful to have such a beautiful sign on display.
Rodger was first introduced to CORAFOAM® HDU at a Sign Letterhead meet. At the meet, they handed out pieces of CORAFOAM® and Rodger has been “addicted” ever since. According to Rodger, “I won’t use any other HDU besides CORAFOAM® due to it’s impressive strength and durability.”

Before Rodger became a signmaker, he drove trucks and lettered his first truck at the age of 14.
He had always been interested in signs and lettering, and finally after two decades in the trucking industry, he sold his trucks and equipment and invested in software and routers which began his sign making journey. He gradually started to specialize in dimensional signs which has now became his know stamp. You may also remember him as the winner of our “Spirit of Christmas” sign contest from 2016.
At the beginning of April, he will happily celebrate the 10th anniversary of moving into his new shop beside his home in Mountain Grove. For more information about T.R. MacMunn & Sons visit his website at http://www.trmacsigns.com/