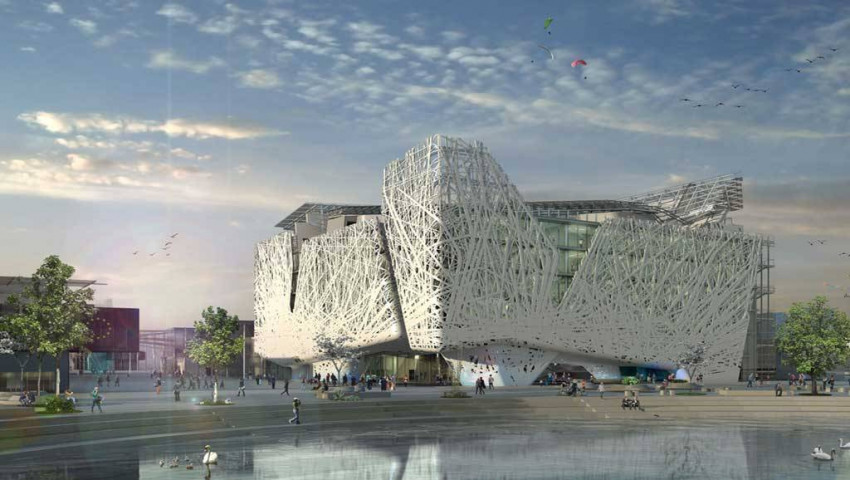 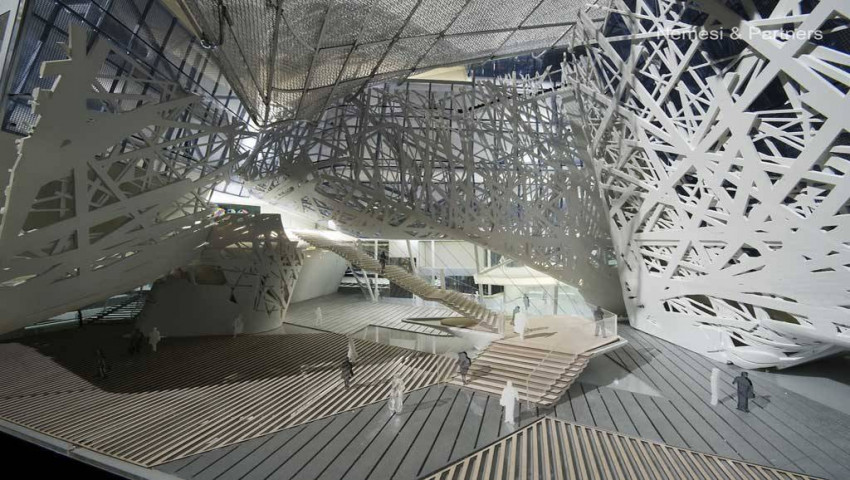 DUNA-Corradini participates in the realization of the Pavilion Italia of Expo 2015, providing the material to make moulds for concrete that will make up the architectural facades.

The facades of Pavilion Italia, in fact, will be realized by means of a new technique that allows to obtain three-dimensional shapes, realizing even the smallest details on the surface and to extract complex shapes, starting from synthetic thermosetting matrices (CORAFOAM®) in which fluid concrete is poured.

After casting, matrices are removed manually and when properly treated with a release agent, they can provide surfaces of consistent aspect for more than 100 uses.

The architectural project of the Italian Pavilion involves the construction of a complex structure that echoes the forms of a ramified forest, inspired by the concept of "Garden Italia" and "Tree of Life" and assuming the appearance of a forest tree.

One of the drivers of Milan Expo will be innovation and the Pavilion Italia is an opportunity to highlight the innovation capacity of enterprises and encourage the development of sustainable products and “green” technologies: the whole outer surface and  part of the interior will consist of biodynamic concrete panels (i.active BIODYNAMIC), the new material designed by Italcementi innovation.

Under the rays of the sun, the active ingredient in the material allows to "capture" some pollutants in the air, turning them into inert salts; the invention not only allows to keep the concrete clean over time, neutralizing those contaminants that would obtain a discoloration of  surface, but is also able to purify the air by absorbing and eliminating spontaneously smog, paint, spray, and other contaminants.

To keep itself clean, the material uses photocatalysis, a photochemical reaction generated by the photoactive properties of titanium dioxide: solar or artificial light is absorbed by titanium dioxide which in turn activates the oxygen molecules present in the air. The activated oxygen acts on contaminants, splitting and transforming them into nitrates and carbonates, which are then easily washed away by rain water.

Just a thin layer of this material is enough to activate the process of self-cleaning of the surface and of the air that surrounds it, so that the "smog-eating cement" is now used also for the paving of roads.

Besides having demonstrated the ability to break down even the exhausts of cars, the new material is made of 80% of recycled aggregates, contributing significantly to a more environmentally sustainable building.

The new material has such a fluidity to allow the realization of complex shapes; thanks to its particular workability it can penetrate into the CORAFOAM® moulds to form the final design of the panel, guaranteeing an extraordinary surface quality.

The Universal Exposition of 2015 is a great opportunity to re-launch Italy, and to allow our country to valorise our excellent products, technology and science, and the Pavilion Italia, thanks to the purity of its branches in biodynamic cement will remain in the future as a place-icon of Expo 2015.