The "Maserati for sea" 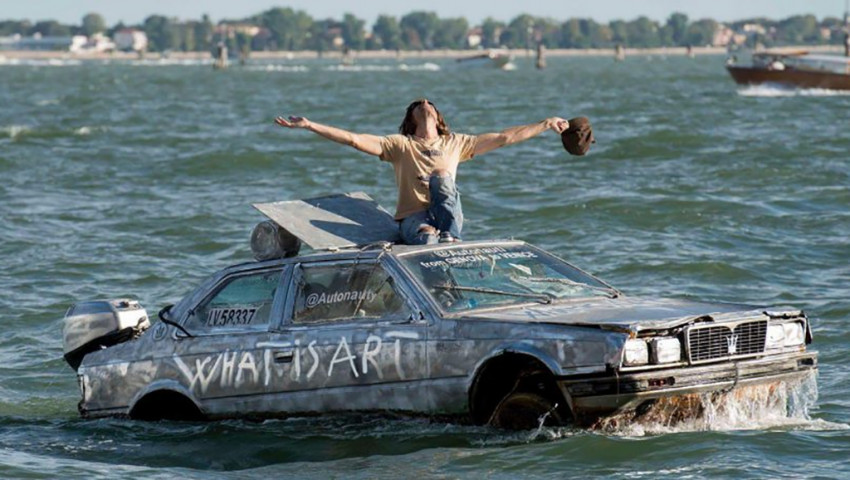 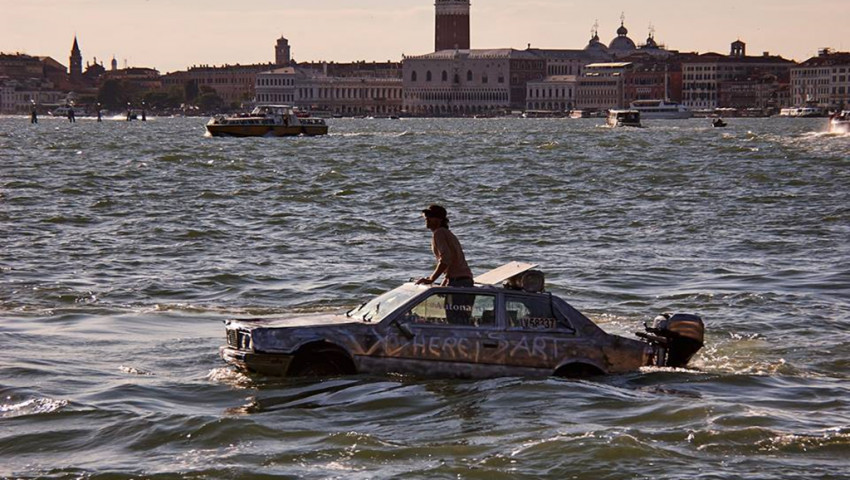 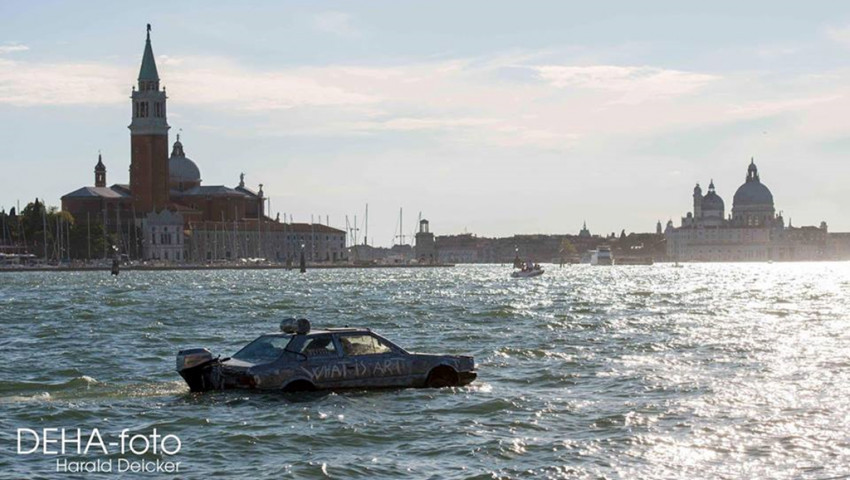 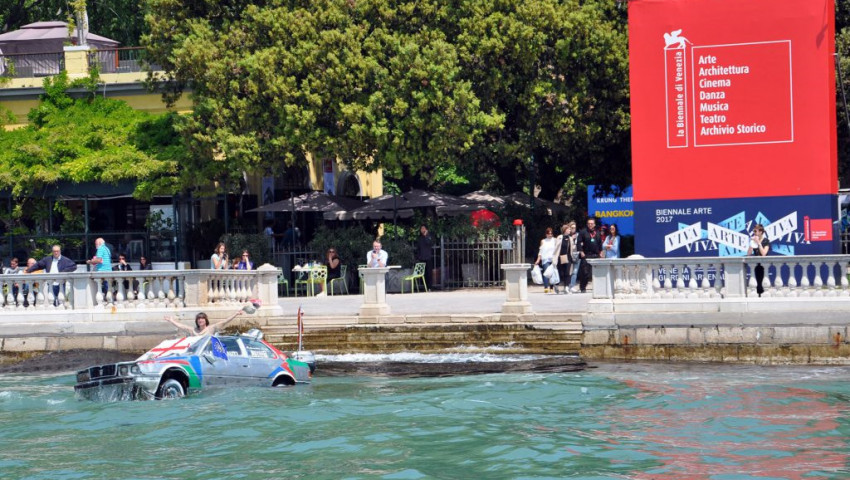 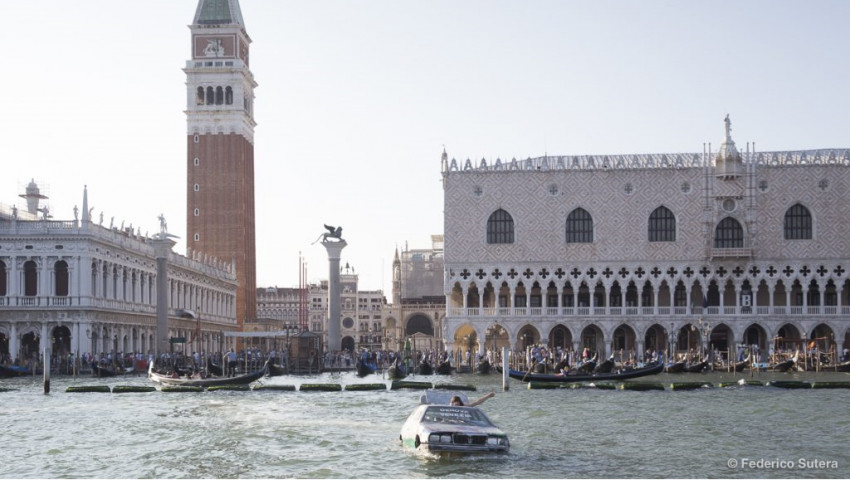 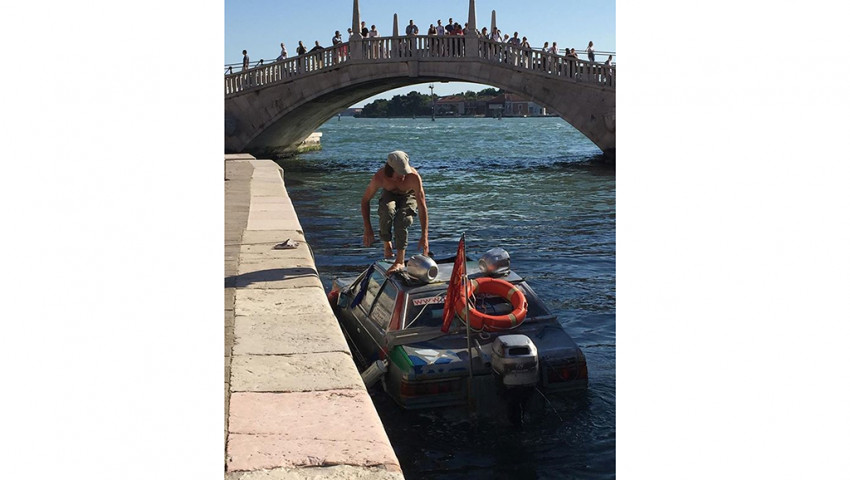 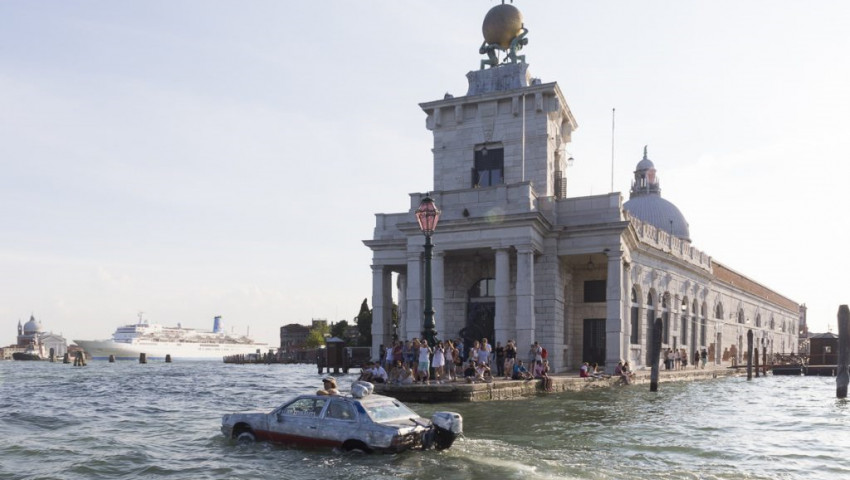 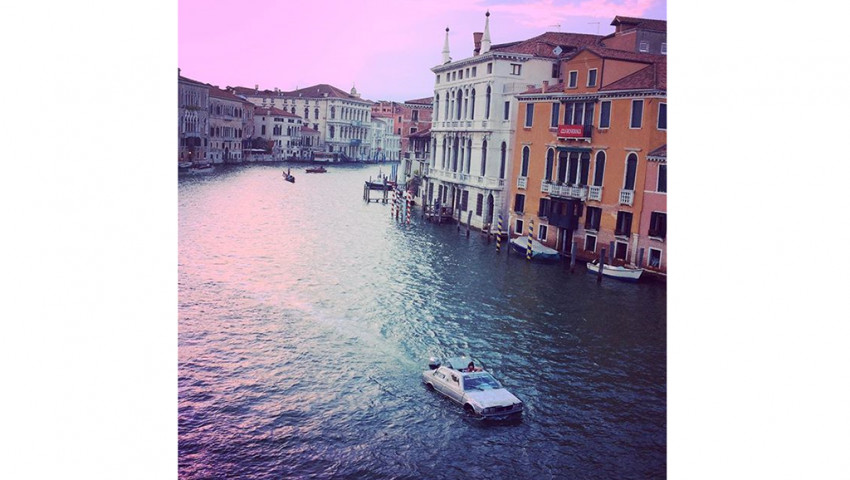 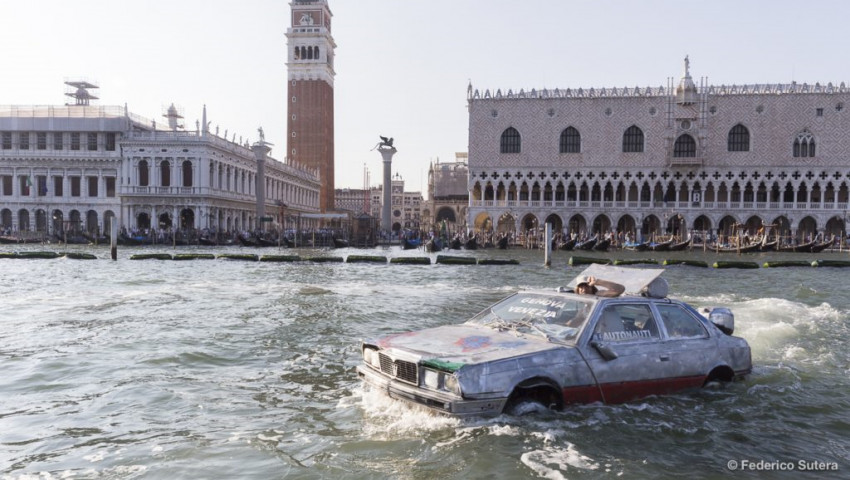 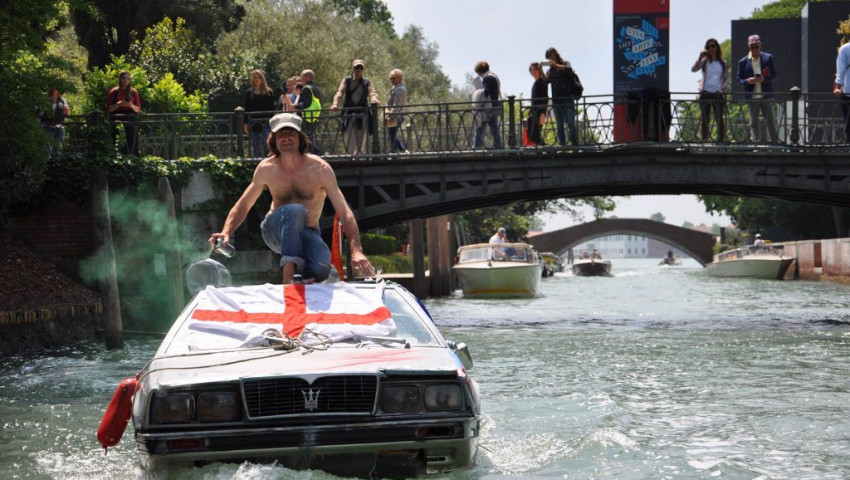 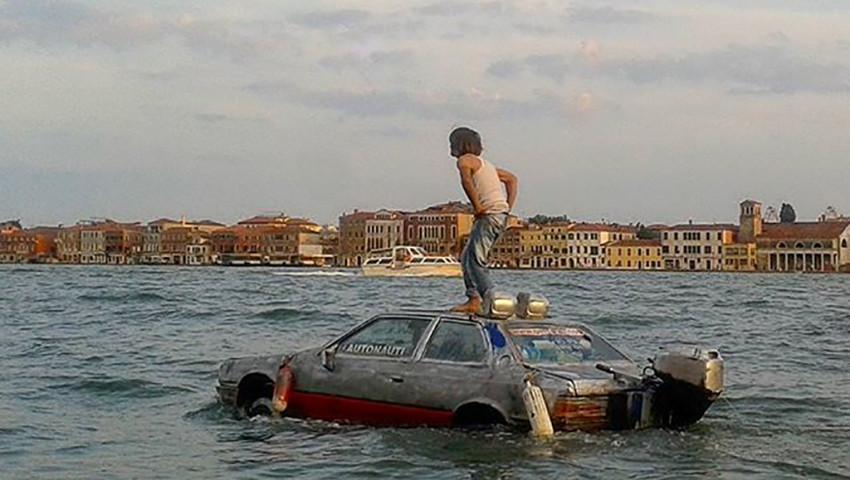 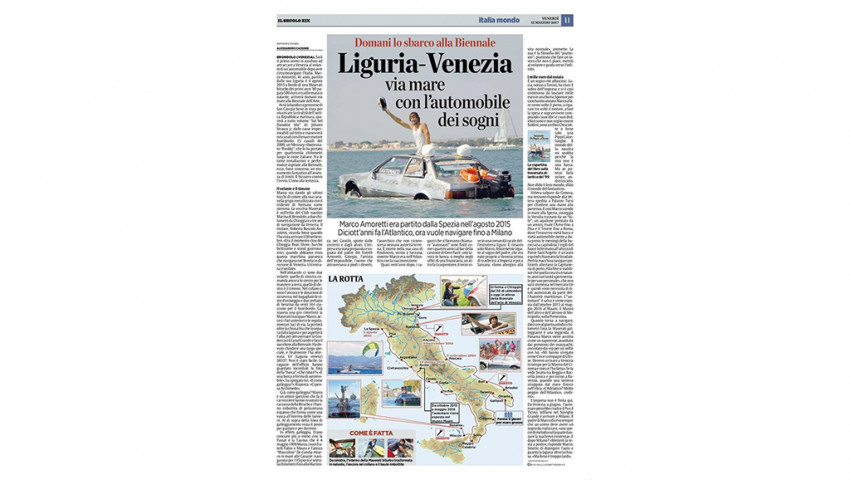 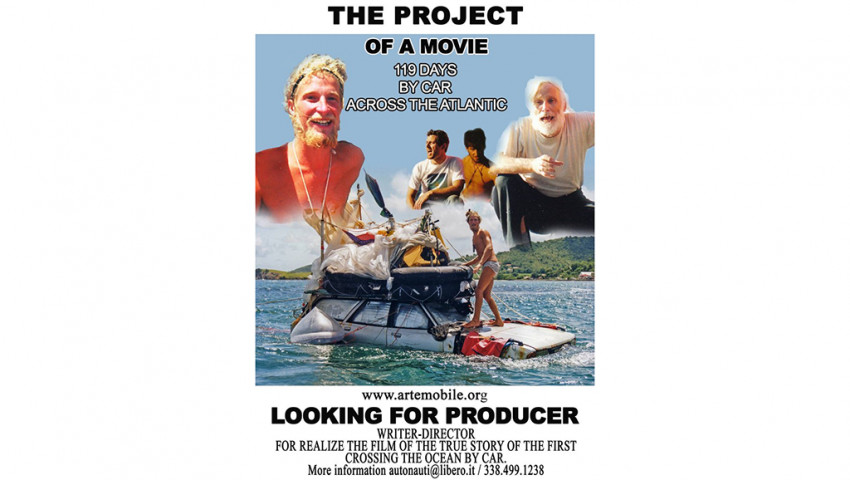 Marco Amoretti, 41 years old, is the first man to sail to Venice “driving a car”. After circumnavigating Italy, his entrance at the Biennale was triumphant, a fantastic monument to the absence of limits.
Marco paid 500 Euros for a Maserati twinturbo of the early 80’s and transformed it into a boat, filling it with DUNA-Corradini polyurethane foam.
He placed anchorage and safety equipment in the hood, and mooring ropes and petrol tanks in the trunk. In the cockpit there are two wheels, one controlling the steering for ground operation and the other is the rudder.

The DUNAPOL ™ C 045 HL used by Amoretti for this project is a polyurethane for casting specifically formulated for manual mixing (i.e. without the use of machines, hence with longer reaction times). It is one of the most widely used products in the field of nautical, marine and floaters/life buoyancy thanks to its features: closed cells, extreme lightness and simple application make it suitable for a great variety of jobs and guarantee structure and high buoyancy at the same time.
Marco Amoretti left with his Maserati from La Spezia on 4th of August 2015. He sailed along the Versilia pulled by a kite, up the Arno river to Pisa and then the Tiber to Rome.
In Rome, his vehicle challenges bureaucracy: Fire Brigades stopped him and alerted traffic police. Traffic police calls port authorities. In the end, they agree on leaving him go without special maritime authorizations.
The car can continue its journey: from October 2015 to May 2016 the vehicle is exposed at Maam (Museo dell’Altro e dell’Altrove).
When sailing again, the floating Maserati is already a legend, and in Panarea Marco is welcomed as a hero.

"So many do the the tour of Italy by car” – can be read on the Facebook page of the Autonauts – “but who has ever used the sea as a freeway? 'Autosea' (this is his bizarre name) wants to be a trait d'union between two opposing worlds: the human society, chaotic, constrained, from which you often want to flee and the splendid, free, anarchic sea! And in the sea" - the Autonauts emphasize – “everything is possible, even going by car ... The nautical world snubs me because mine is not a boat ... I do not challenge their world, I challenge the world of fantastic!"
Marco's father always said that a man must have a dream to realize, a kind of melody on which to dance during his short existence.
Casual sponsors helped Marco during the trip by buying his books and DVDs.
Marco is not new to this type of journey: already in ’99, at the Canaries, he put a Passat and a Taurus into the sea and sailed for 119 days and 6000 km up to Martinique.
Marco's next project with his Maserati is to navigate along the rivers Po, Ticino and Naviglio and finally arrive in Milan.
To be informed about this wonderful adventure, give a "like" on the page: Www.facebook.com/Autonauty or follow the blog www.autonauti.it