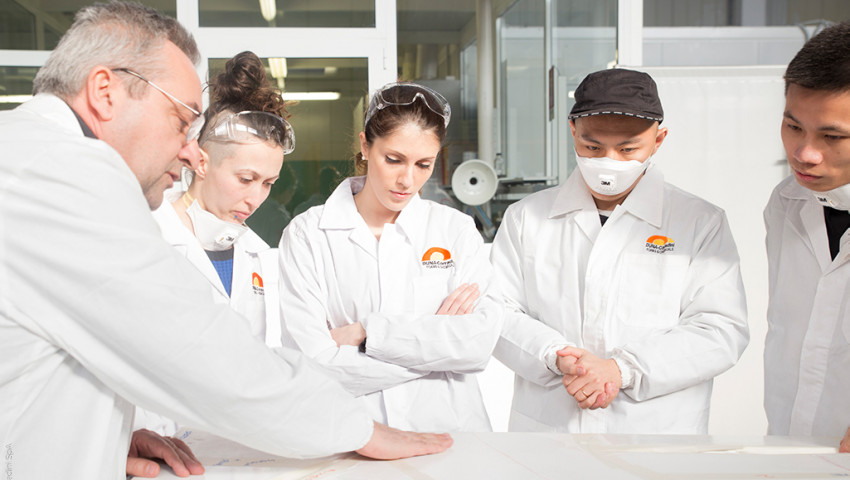 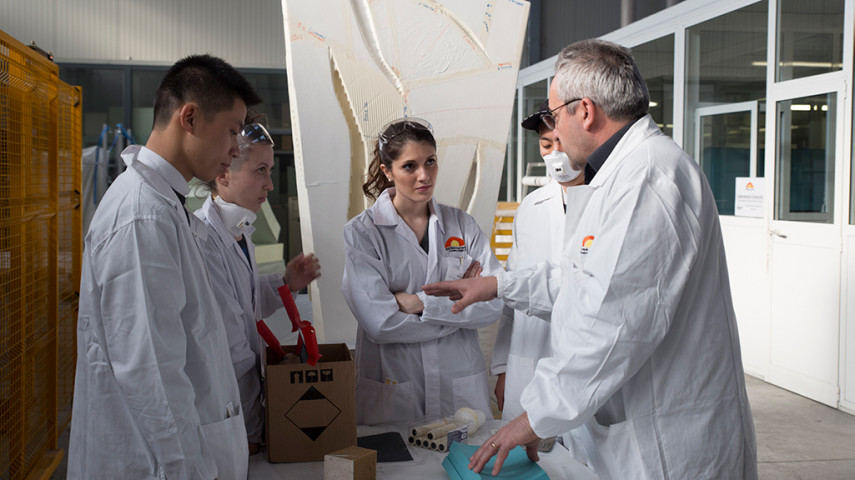 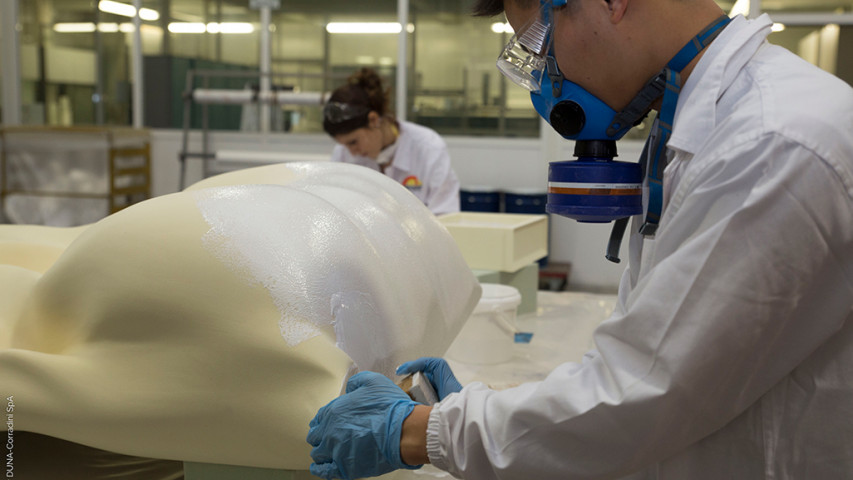 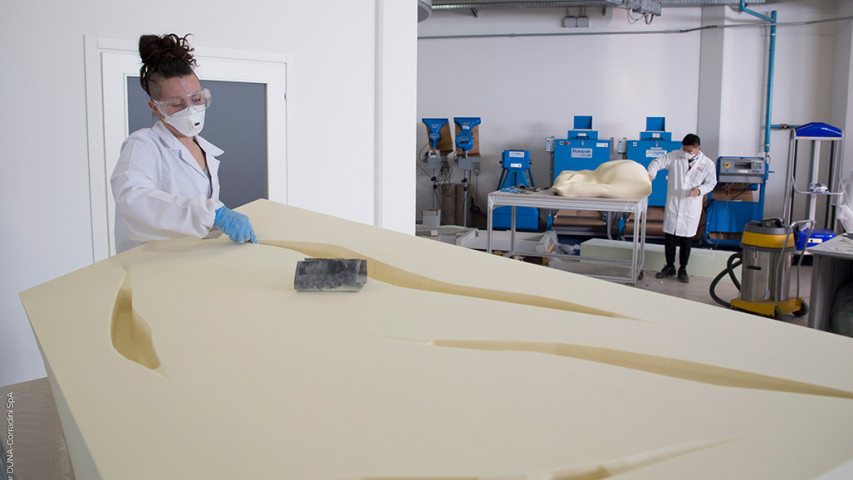 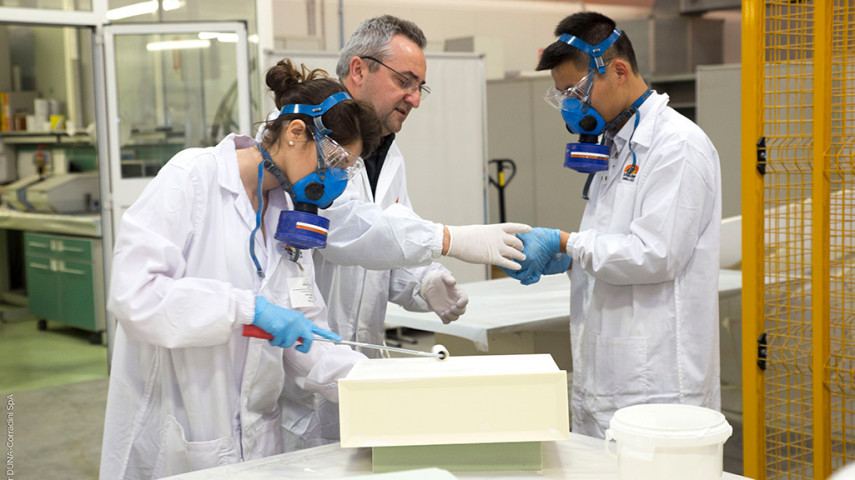 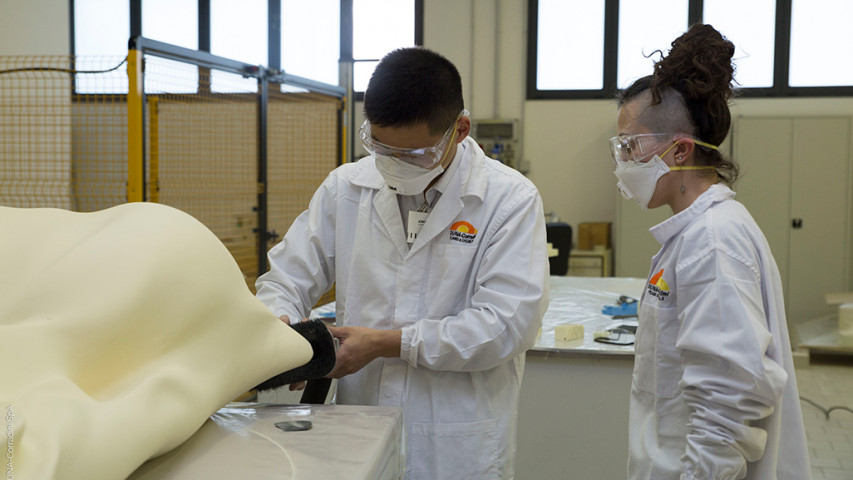 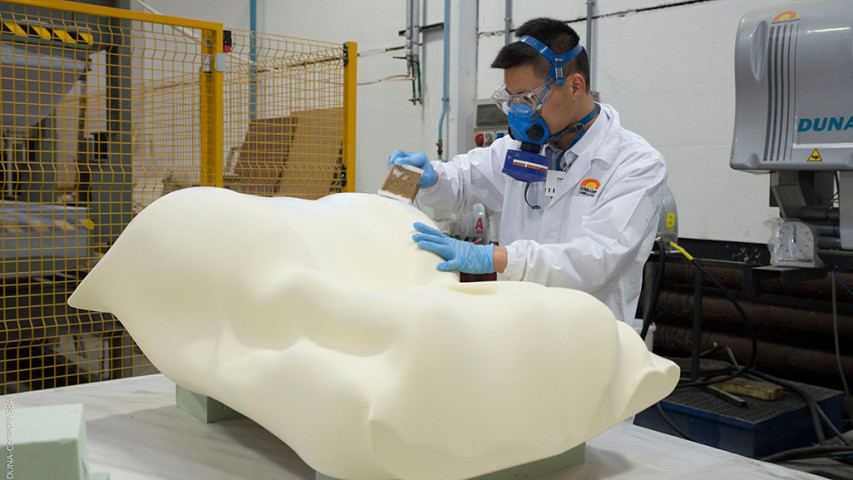 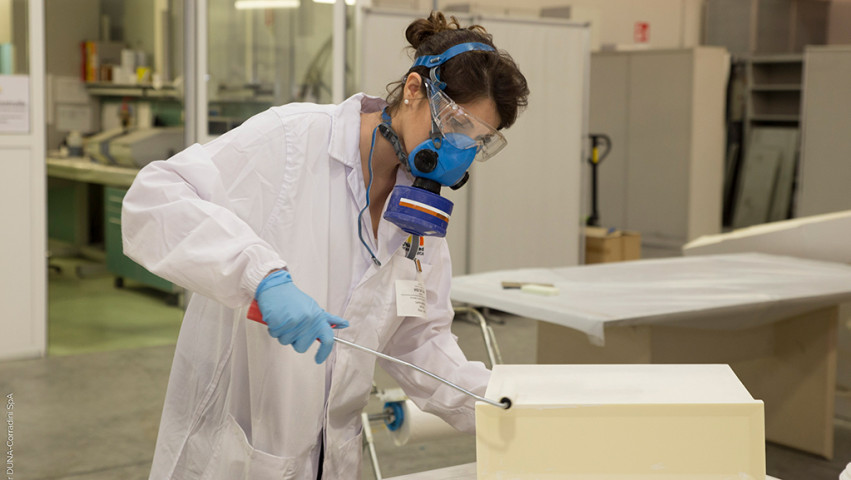 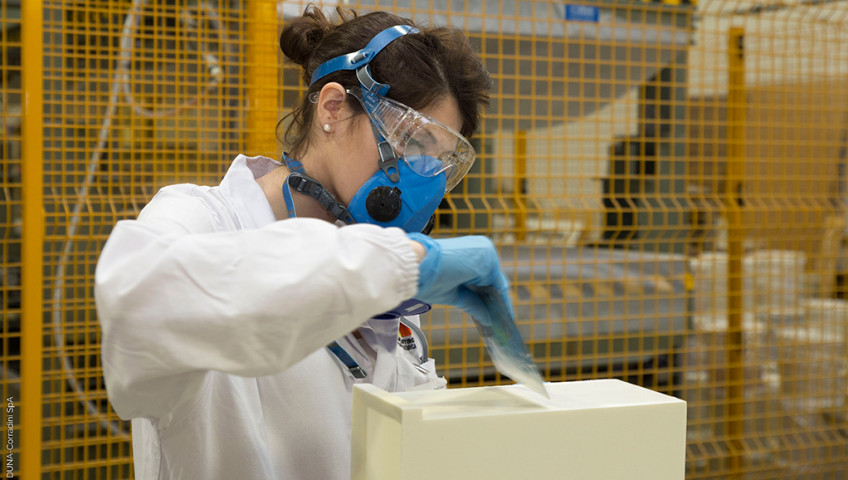 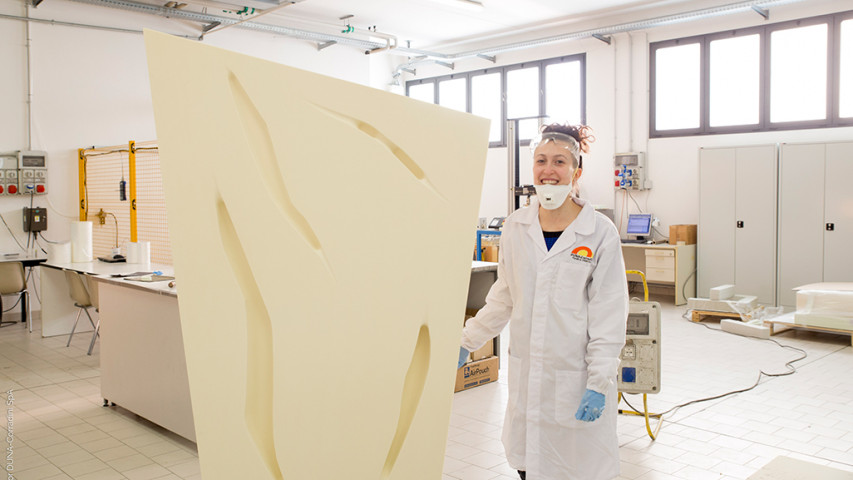 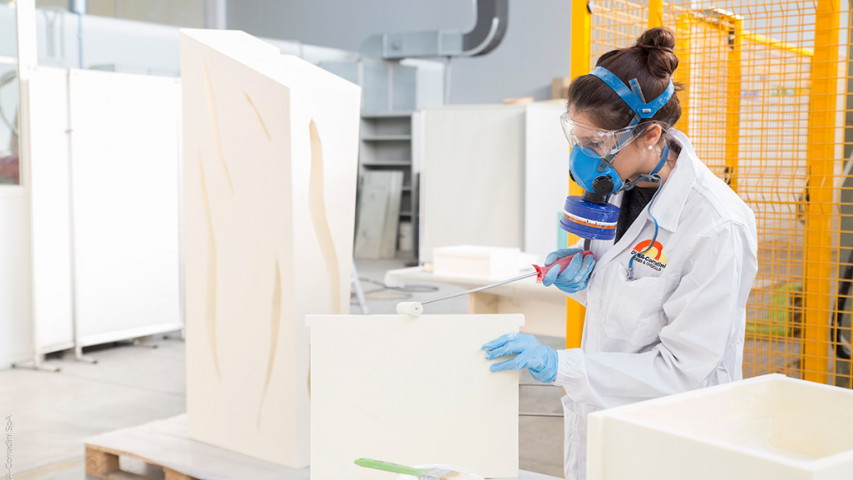 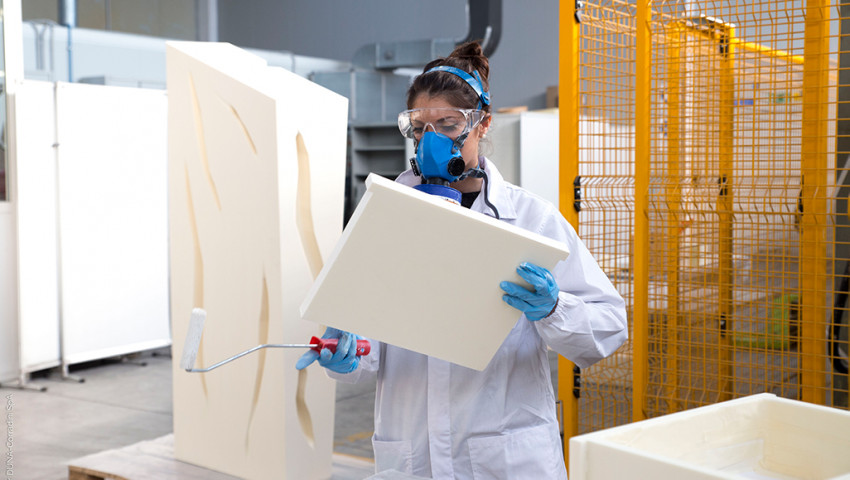 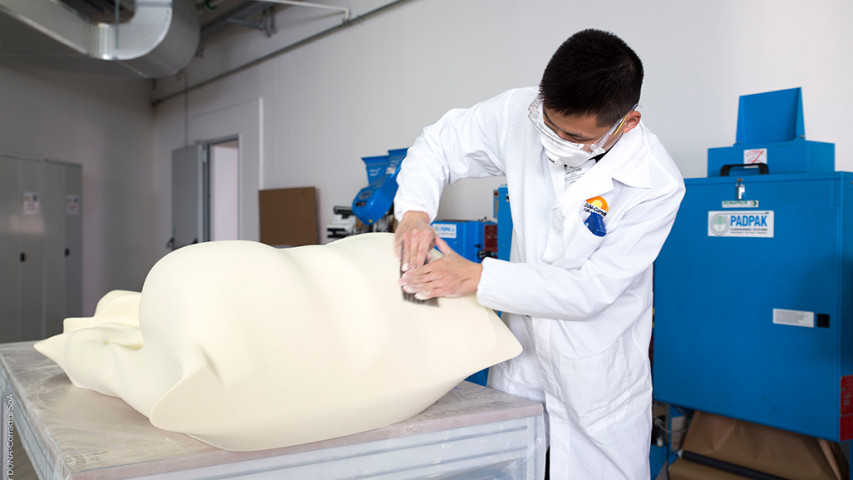 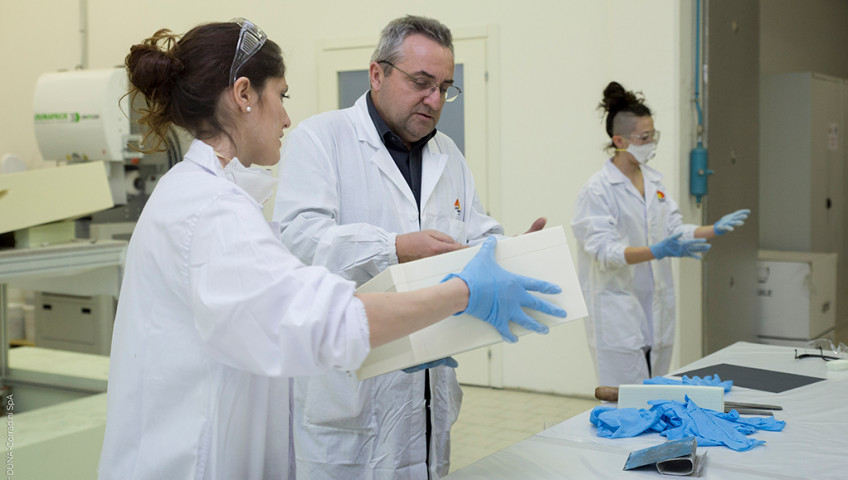 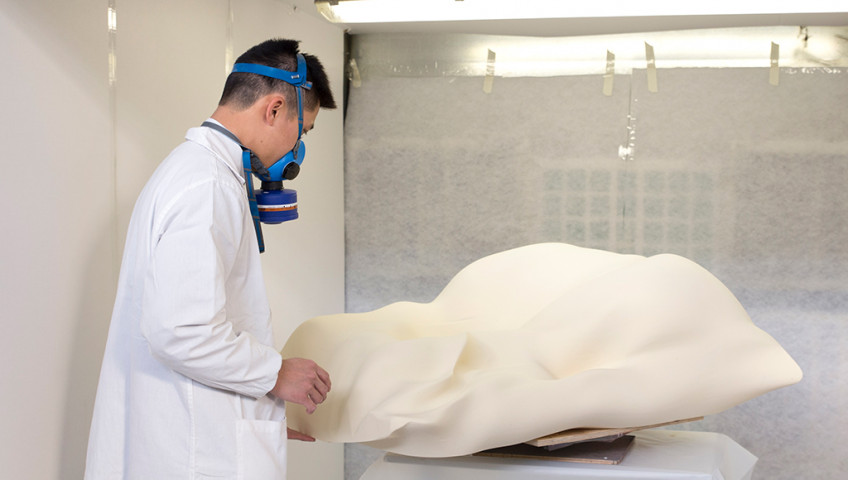 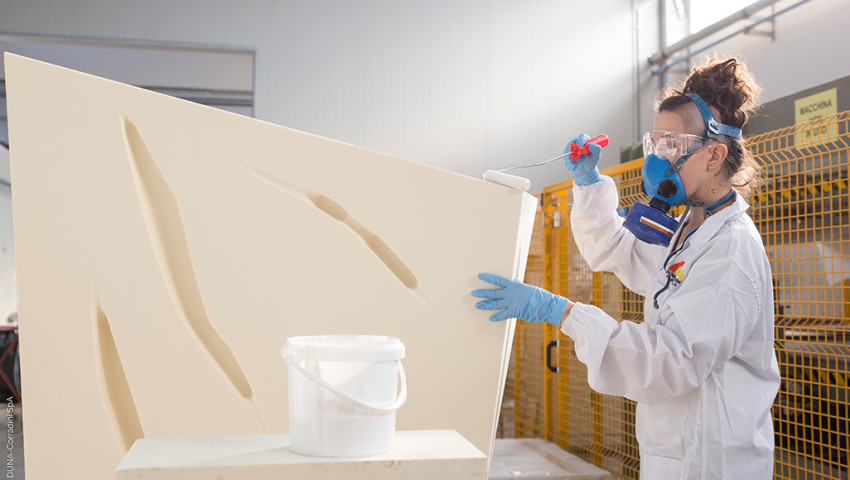 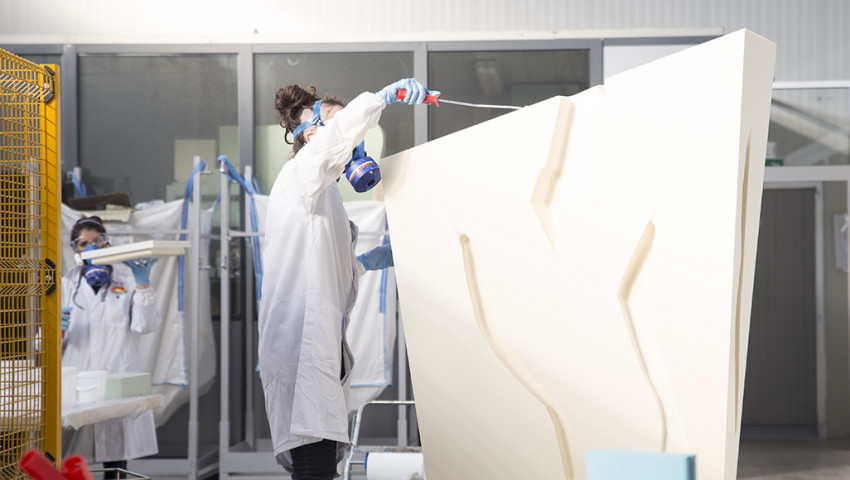 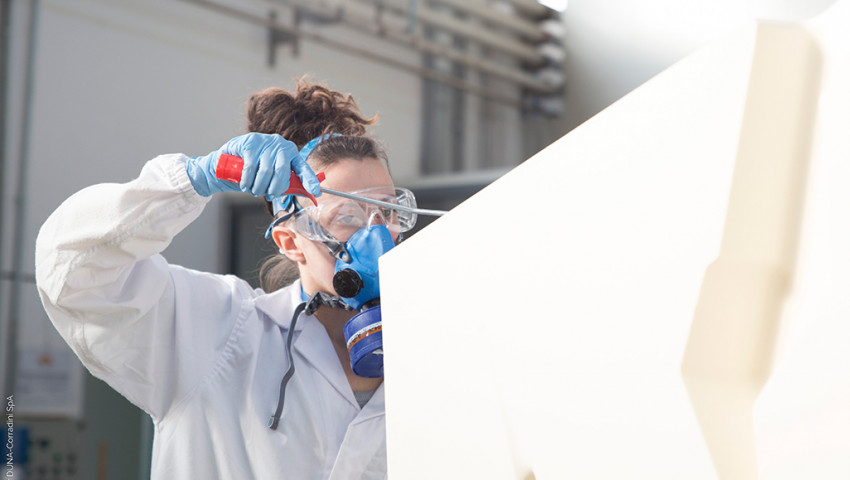 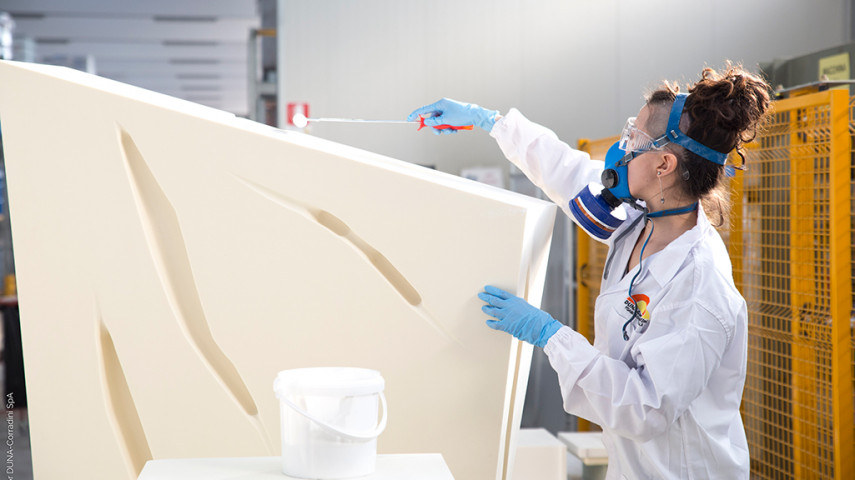 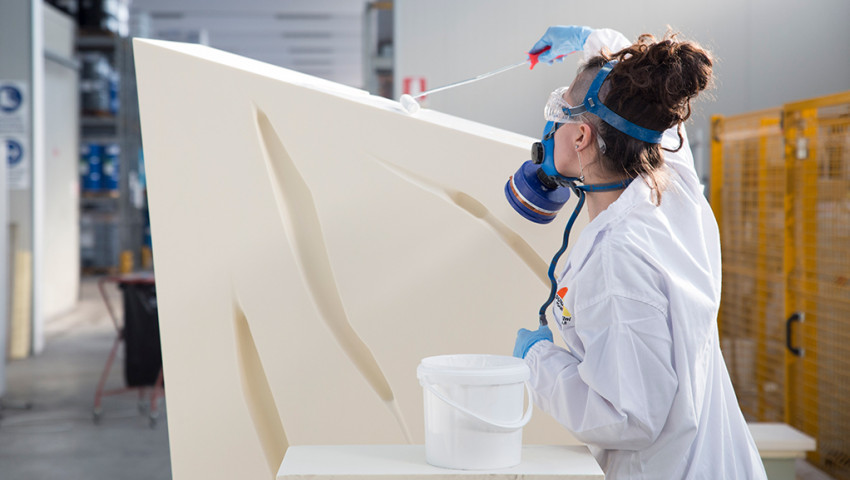 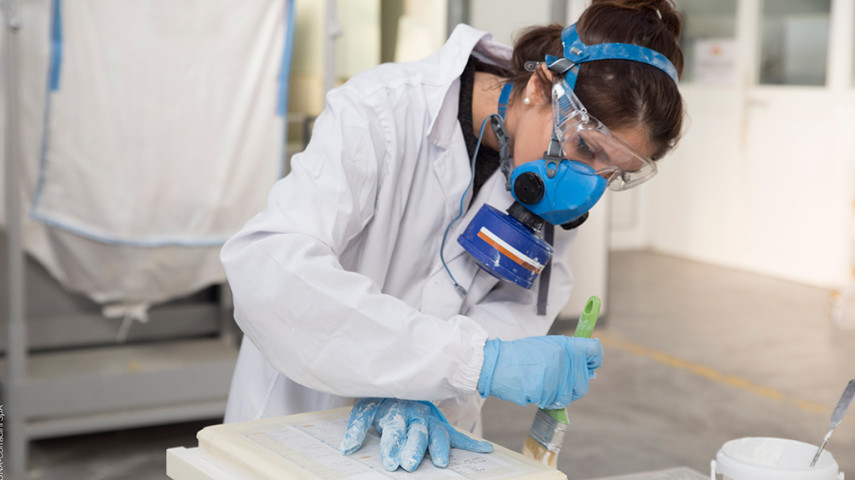 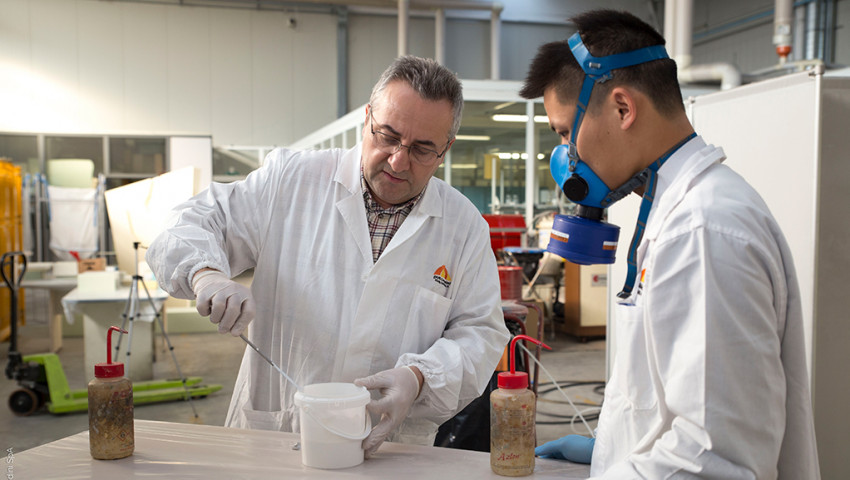 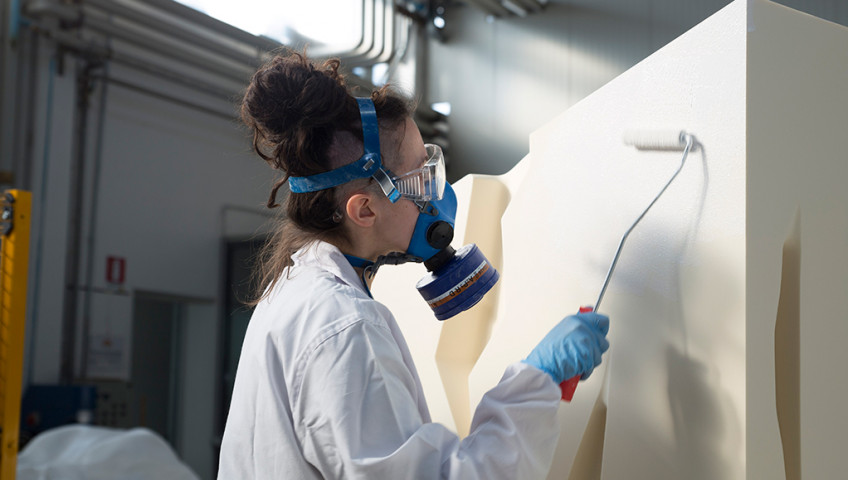 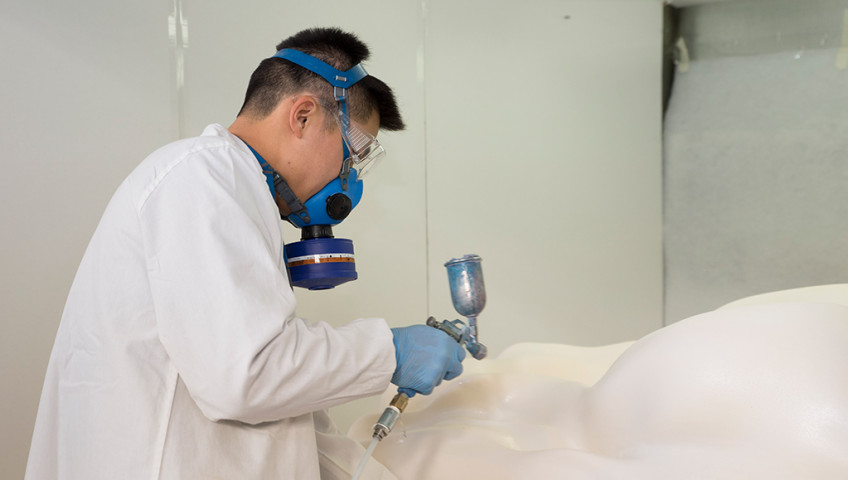 DUNA designs, produces and markets polyurethane and epoxy products for several B2B applications, having achieved multiple successes after more than 60 years spent in the industry. The Brera Academy, Milan, is among the more prestigious and historical Universities in Italy, and is primarily focused on advanced artistic education, with a total of 3.000 new students joining each year from all over the world.

In January the company hosted the Accademia students who won the contest in order to allow them to realize their masterpieces selected by a mindful jury. The artworks, made with Duna materials and carved with CNC machines in its plant, were sanded and varnished by the artists with materials made available by DUNA.

The artwork has been made in duplicate: one will remain the property of the artist and the other will be exposed at DUNA-Corradini. The project began in 2016, when DUNA and Accademia made an agreement to launch a contest sponsored by the company. Approximately 15 students of the sculpture course decided to participate, conceiving many ideas and 3D files.

The aim of the project was to approach Accademia and manufacturing, creativity and technology, bringing ethereal ideas to the concrete reality while showcasing the materials used to realize them.

With the high quality of the work presented by every student, the choice has been very difficult. The jury, made up of Accademia professors and DUNA’s technical experts, have evaluated the expressive force, the capacity to translate it in art, the aesthetics of the work, the commitment of the student in developing the 3D file and the technical feasibility of the Computer Numerical Control.

The votes were unanimous: the winner was Sara Marioli with her “Il mio sogno nel cassetto”, a reflection on how to protect one’s own dreams from external influences. The second prize was awarded to Marianna Cantisani, with a project on the effects of the time. The third position was reached by Zhang Qian, with an artwork with a “green” inspiration, on safeguarding water.

The jury and the company decided then to realize extraordinarily the artwork of a fourth contestant, Wang Yuchen, for its originality.

DUNA offered the students a scholarship, the materials necessary to realize the works and, above all, the professionality and engineering of their technicians for projecting files and programming machines. Together with the experienced assistance of the R&D department chemists, Duna’s DUNAPOX™ SEA epoxy sealer was used for finishing.

In this collaboration and skills exchanged helped promote the educational value and the beauty of the experience for the young students that Accademia and DUNA always hoped to promote.